Material, Metaphor and the Artist’s History on Display at BLAM Los Angeles

Material, Metaphor and the Artist’s History on Display at BLAM Los Angeles

For the uninitiated, BLAM (Brooklyn/Los Angeles Meet) is a collective established to encourage dialogue between Brooklyn and Los Angeles artists.  With venues in both Bushwick and DTLA, they have curated exhibitions on each coast. Their current show, Shift and Fade, joyfully takes over the space along a strip of forsaken, but rapidly gentrifying industrial buildings on Santa Fe Avenue at the southern end of the Arts District.

Curated by Dani Dodge and Alanna Marcelletti, Shift and Fade uses the idea of material as a metaphor for personal history. Twenty-one artists were invited to explore their identities through small sculptural works while eight other artists responded with site-specific installations.   For some, this was their first time working three dimensionally yet despite the range of experience among artists there were many sculptures and stories worth uncovering at BLAM.

It is impossible to look away from Erika Lizée’s mesmerizing wall piece.  Drawn into the vortex of her modulated contour lines, there is something mystical and transformative occurring.  Seed of Life has a larger than life presence that plays with illusion through trompe l’oeil painting and a manipulated surface that quite literally undulates off the wall.  Lizée uses spiritual symbols to explore the unknown, but it is her deft command of painting that holds us in a trance.

As a colorful counterpoint, Beatrice Wolert’s installation and performance brings a more tactile and physical response to her materials. Her interest in the processes of deconstruction and reconstruction is the foundation for her work and came into play during her performance last Saturday night. Rows of transparent piping bags, bulging with brilliant neon colors line the wall like a string of pennants on steroids. As Wolert pricked each paint-filled udder, the materials transformed from static to active, with paint oozing into puddles of synthetic color onto the floor. Her sensual relationship to materials is at the crux of Offering #1 and one suspects that a larger, more immersive installation might showcase her talents to even greater effect.

Kio Griffith conjures up warships, slave ships and even the Shroud of Turin with a ghostly diazotype that questions the duality of his own identity. Coral Sea (Heavy Fog) is a horizontal banner suspended from the ceiling that references his family’s participation in both sides of the American/ Japanese engagement in the Pacific War. The archaic process of diazotype lends itself to the historical nature of his inquiry and the ephemeral, delicate quality of the print is both poignant and suggestive of personal loss.

Whereas Griffith uses materials to evoke historical and personal artifacts, Fran Siegel constructs work in which she references the plans and maps of urban constructions.  Siegel takes over the smaller room with three of her cut out and collaged drawings, creating a conversation between them. The delicate fretwork of Shukhov and the woven elements of Interchange 03 speak to the topographical and architectural aspects of Terre 01. The cutting and layering of paper and paint focuses the viewer on beautiful complexities, whether in cities or smaller man made constructions.

In Camilla Taylor’s Overnight Guest, a grouping of disembodied heads are scattered on the floor as if left by grave robbers in a hurry. Made of cartonnage, a material traditionally used for Egyptian and Roman funerary masks from linen and plaster, they possess a somber density through Taylor’s choice of color and anonymous expressions.

Camilla Taylor’s work is a dark counterpoint to Hugo Heredia Barrera’s Espiritu Libre. Heredia Barrera’s installation combines glass and wire in a tangled knot reminiscent of a woodland scene of last year’s bittersweet. The glass, entwined within a network of outward-reaching arteries creates an ethereal presence.

Eris(Goddess of Discord) is Alison Woods’ first foray into sculpture.  Her Papier Mâché installation, somewhat lost in the rafters, appears like fragments from her more bombastic paintings. Oversized blue and orange pebble shapes hover close to the ceiling, their surfaces painted with honeycomb patterns.  Neither light nor heavy, they seem to be searching for the ambitious cohesion she achieves so readily in her two dimensional work.

Open hours: Noon to 4 p.m. Saturdays and Sundays and by appointment 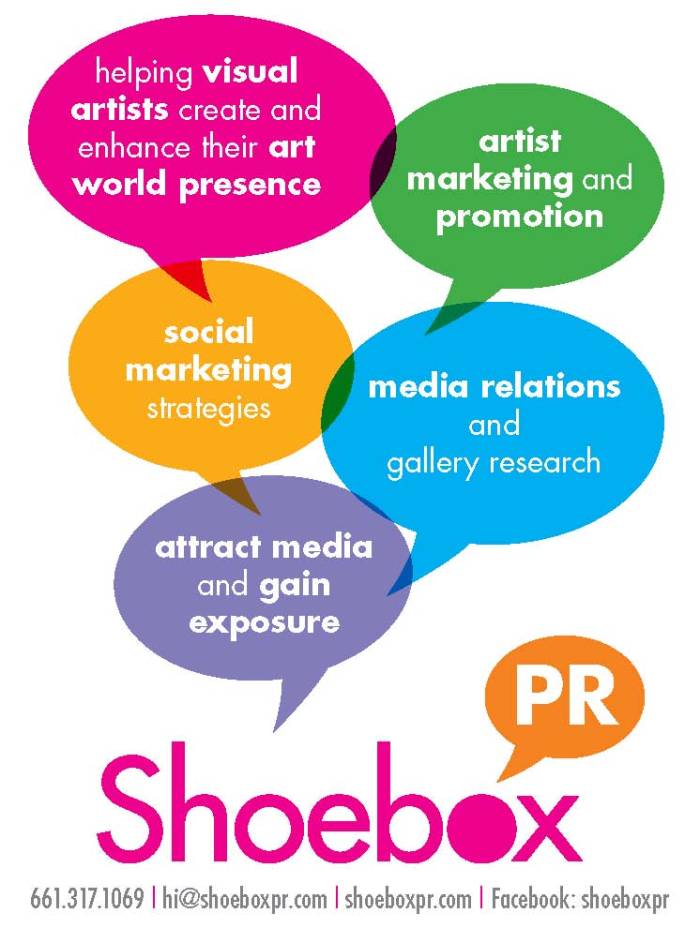